HISTORY OF THE CITY OF ETOWAH FIRE DEPARTMENT:

Excerpt from Pistol Shots Rang Out, By Durant Tullock

When Etowah came into existence in 1906, all the store buildings in town were made of wood structures. Heat in those days was provided by fire stoves usually burning coal. This greatly increased the chance of fires. Etowah had no organized fire department in the earliest of days so when there was a fire, pistol shots were fired into the air to let everyone know they were needed. Bucket brigades went into action to the nearest water source which at this time was not many. Very often, dwellings burned to the ground and there was always the danger that the fire could spread to neighboring buildings.

In 1912, after the Etowah Water & Light Co. laid the water lines and installed plugs at convenient intervals, little fire houses containing hose reels were scattered about the town so that firemen could bring needed water to extinguish the fire.

In the early 1920s, the town of Etowah bought a bright new American-LaFrance fire engine and the town built a new fire station next to Carnegie Library where it stands today.

In 1939, a fire broke out in the JC Penney’s building located next to where Johnson’s Department Store is today. Penney’s was a three story building but the fire department did not have ladders tall enough to reach the top floor. Fireman stood and watched until the top floor burnt down before they could put out the fire.

If you look at the building today, you can see where it is really 2 ½ stories high.

Many firemen have worked on the Etowah force over the years. Fire chiefs in the earliest days included names such as Miller, Rogers, McMillan, Newman, Hoffman, Farris, Crumley, Rule, Ownbey, as well as many more. Bill Murphy served one of the longest terms as fire chief from 1932-1948. 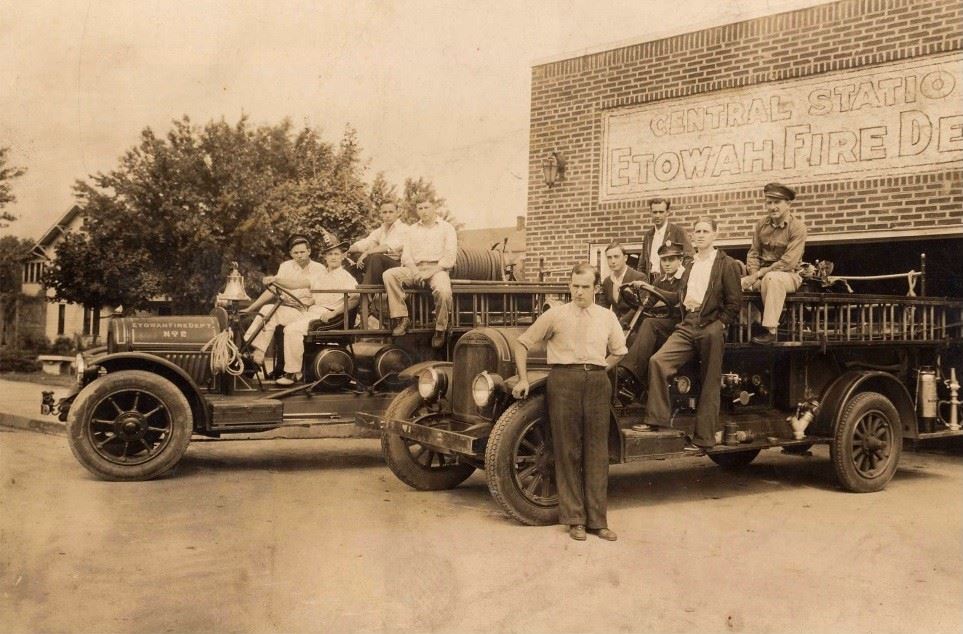 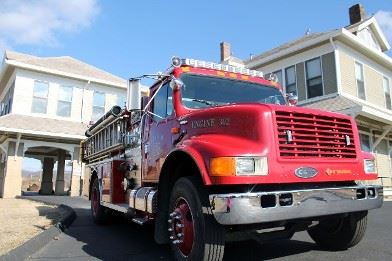 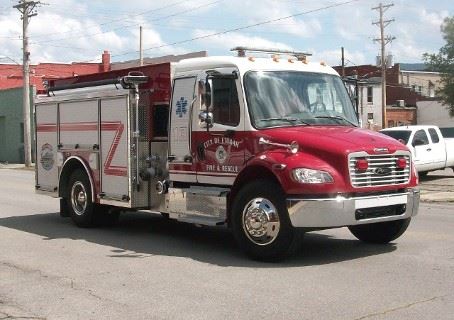 Engine 13 is a 2014 Pierce Responder Pumper. Built on a Freight-liner chassis, Engine 13 can rapidly transport 3 firefighters and 750 gallons of water anywhere

in Etowah. The truck is equipped with a 1,250 gallons per minute pump. This truck replaced the 1976 model FMC pumper. 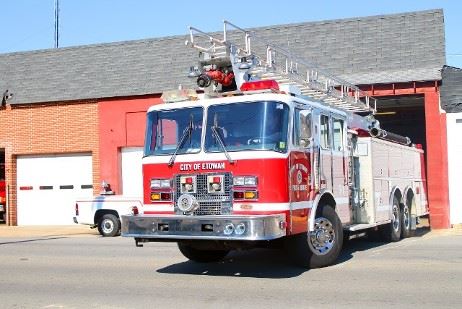 This is a 1994 model KME 75' ladder truck. This truck is capable of pumping 1,500 gallons of water per minute, and holds 500 gallons of water on board. Truck 13 is the second due unit for the City of Etowah Fire Department on calls that require either more manpower or equipment on scene. The primary job for this unit is ventilation efforts, supplying water for firefighting efforts above a single story, and rescue operations above a single story.

This Truck will be replaced in January of 2019.