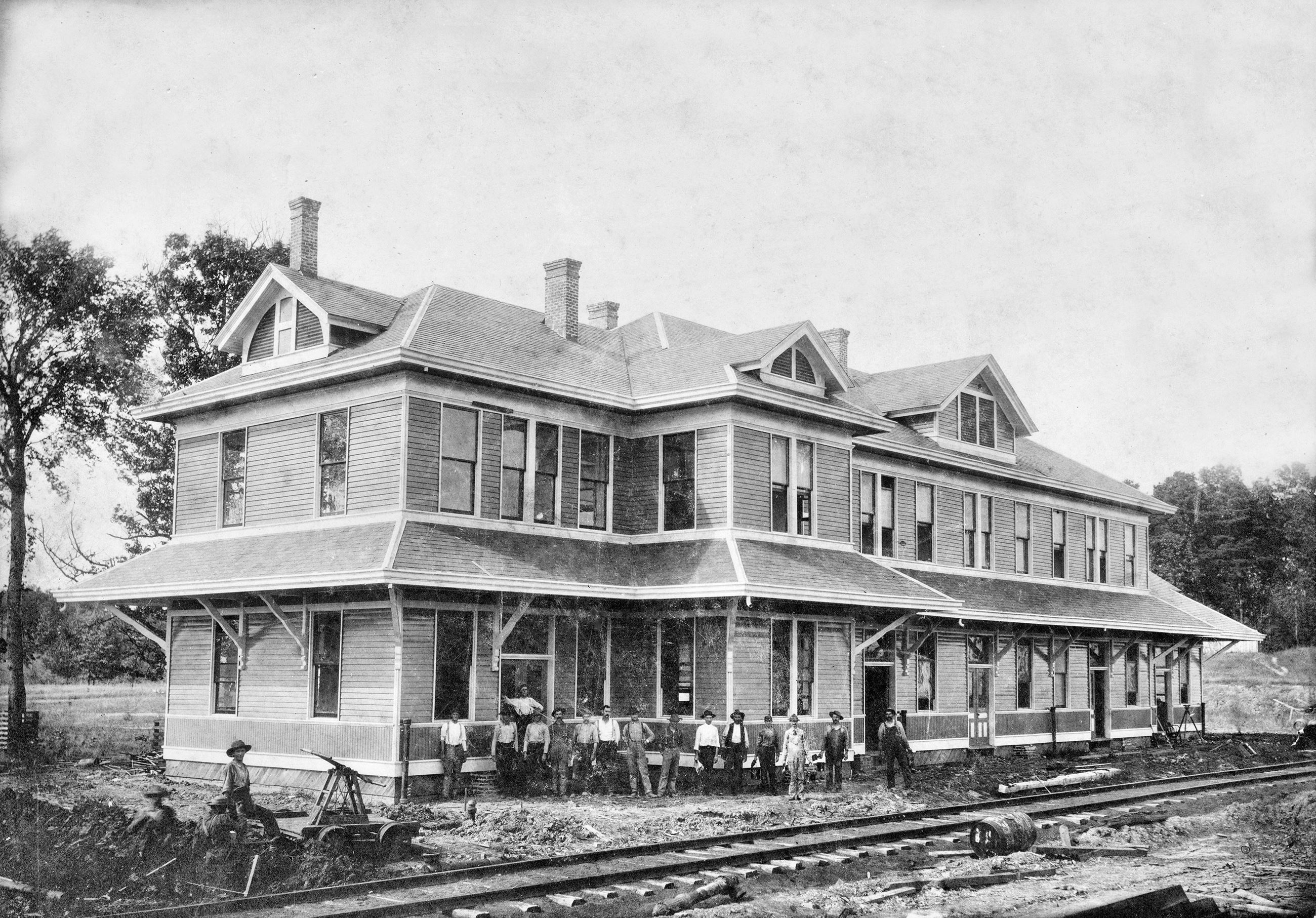 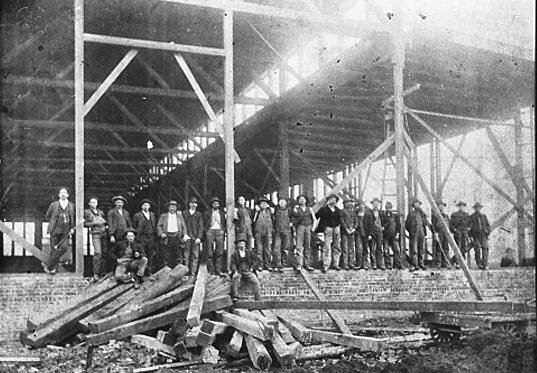 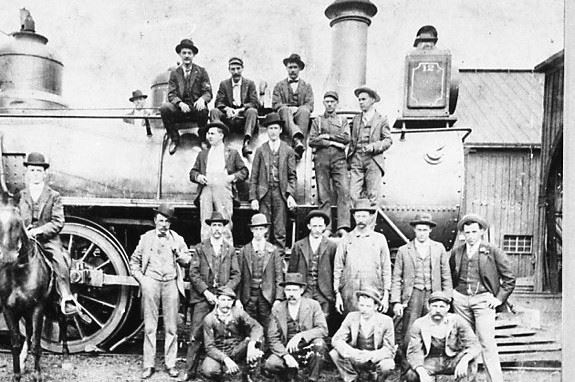 After the L & N "New Line" was complete from Cincinnati to Atlanta, former AK & N locomotive engineers were transferred from Blue Ridge, Georgia to man the trains that ran out of Etowah. 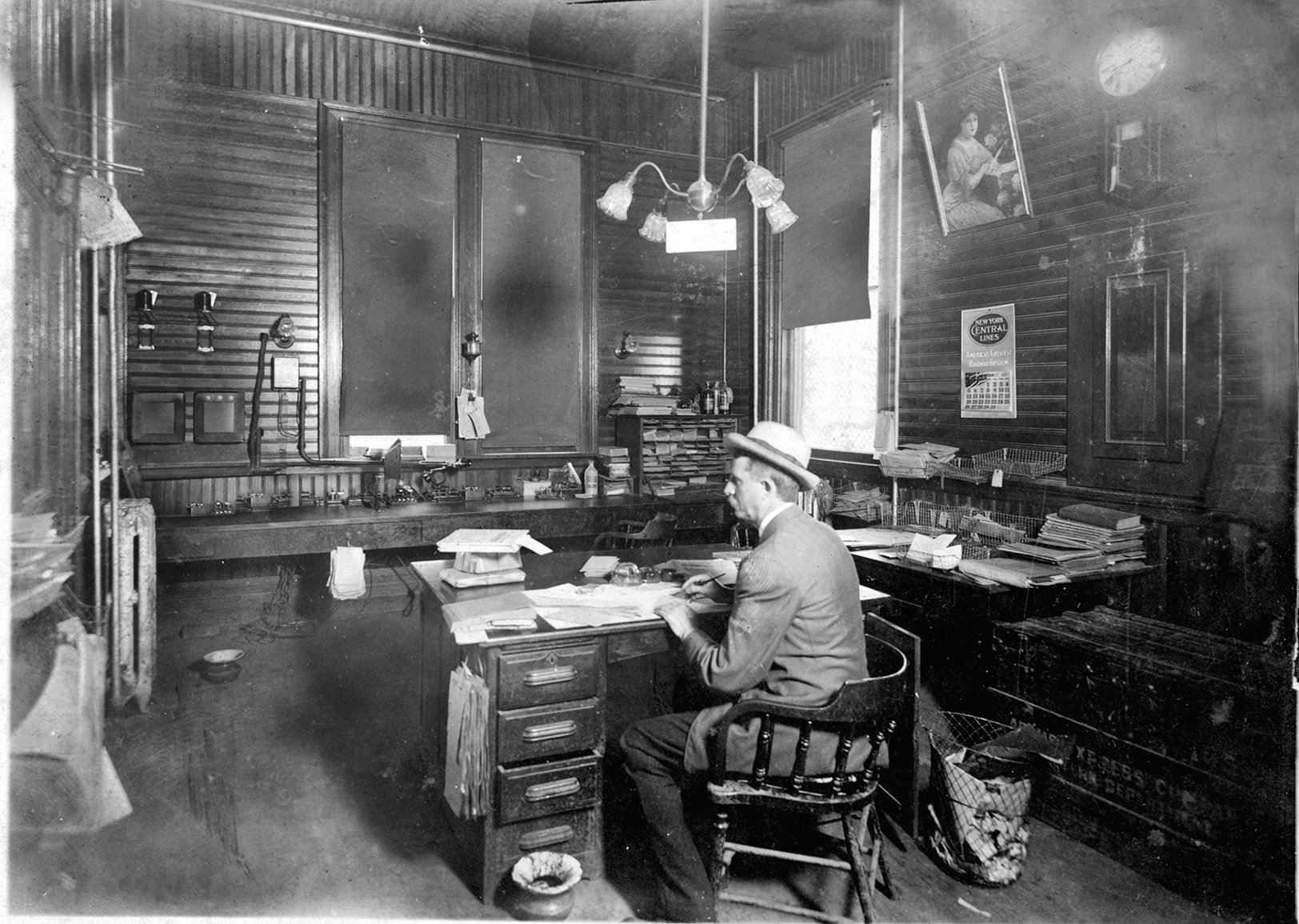 He arrived in 1904 and his family followed soon. 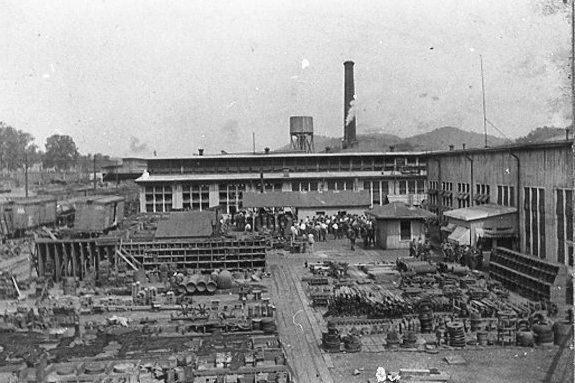 When the powerhouse whistle blew at 4:00 pm for the men to go home, rail yard switch engines would have to stop to let them cross over the tracks. 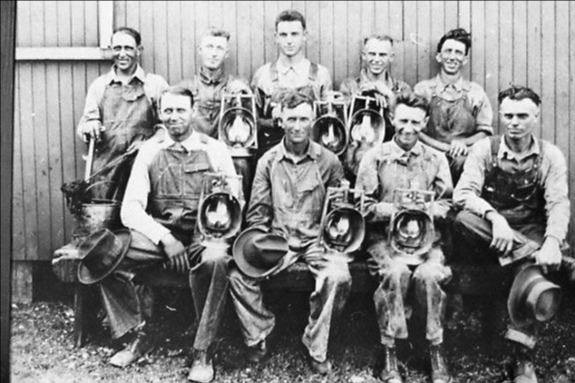 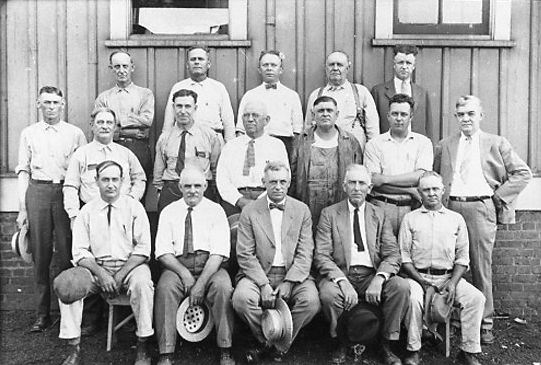 The Atlanta Division Headquarters moved from Marietta, Georgia to Etowah on April 22, 1908

The L & N abolished the office of Master Mechanic at Etowah in 1946 with the retirement of G.H. Berry (Middle of sitting row) 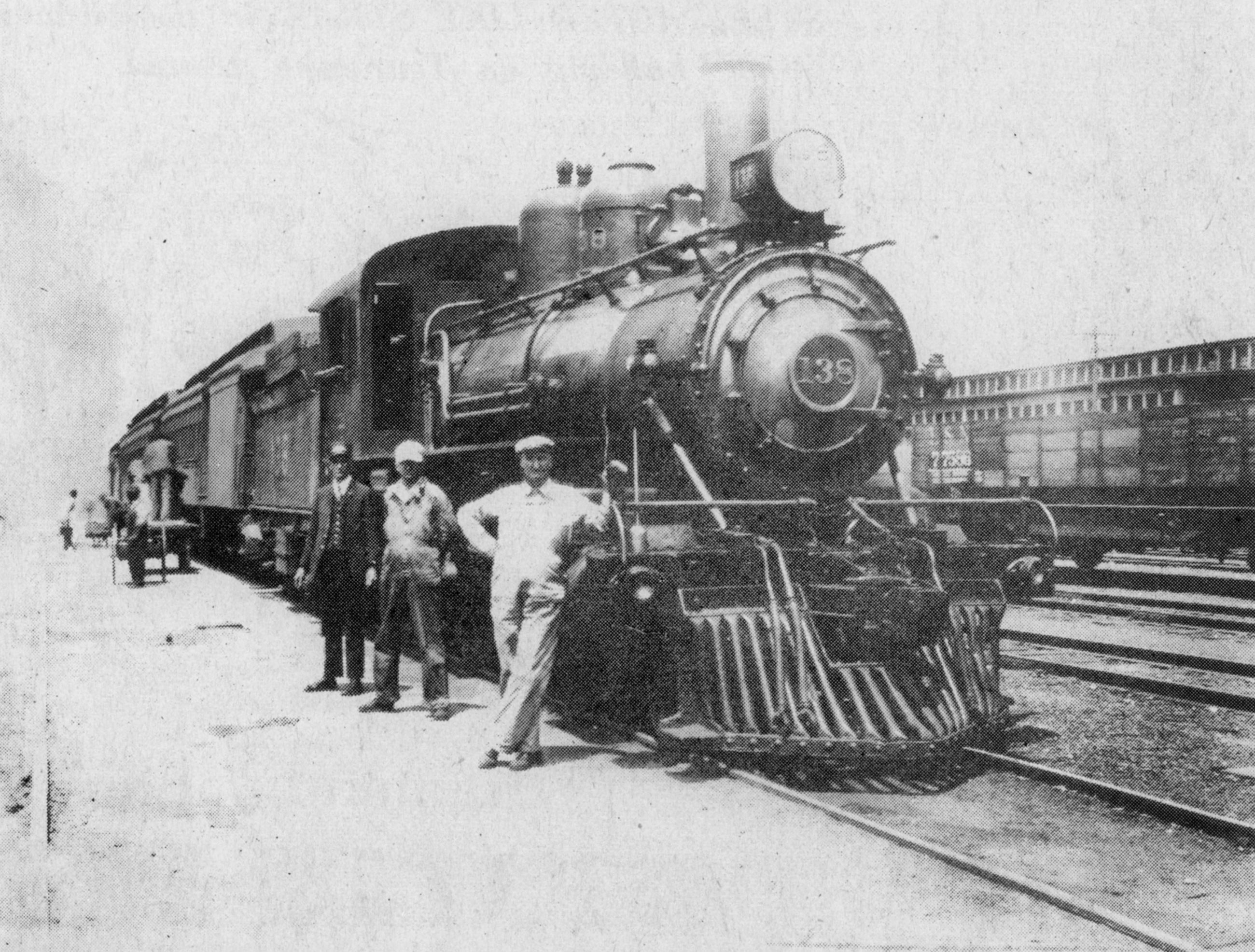 Sid Garwood brought the first regular passenger train into Etowah on the "New Line" on December 6th, 1906. According to Garwood, "I brought Train Number 34 north for the first trip. The number of my engine was 234." 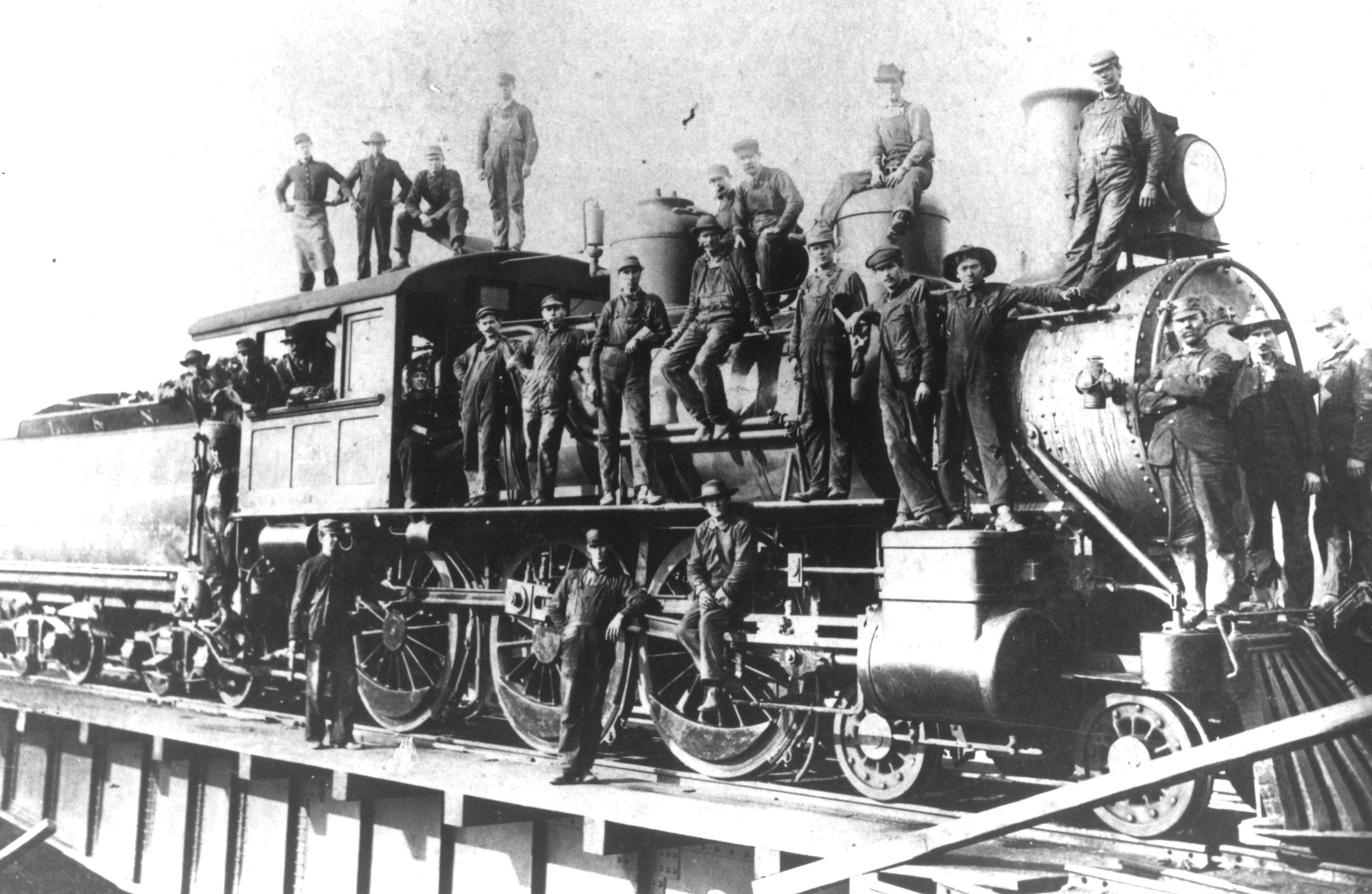 Turntables were used to turn locomotive engines around. The earliest ones were turned by using poles.

In 1906, the Louisville Property Co. of the L & N Railroad Company began selling land in Etowah for business and residential sites.  They sold all the property except the portion on the east Side of Tennessee Avenue, which the L & N retained for its operations. The L & N Railroad gave property to several churches and to the City for the school and library.

The Streets and Avenues are straight lines of well proportional blocks of approximately 400 feet between streets and 315 feet between avenues. The original plat of Etowah was almost rectangular. Streets began at 1st street and continued through 17th street. Avenues named for various states. The railroad officials had an eye to future planning and expansion.

Etowah formed its first fire department in 1913 after the Water and Light Co laid water lines and installed fire hydrants. It was all volunteer. Before the department was formed pistol shots were used to let people know when there was a fire.

Along about 1920 the town of Etowah bought a bright new American LaFrance fire engine and the new possession was a sight to see. The Town then built a fire hall adjacent to the Carnegie Library.

In 2017 the fire hall moved to a building on Robinson Street off oc Highway 30. 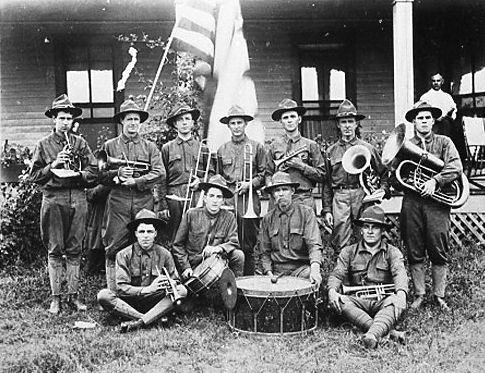 Organized in 1915.  Photos taken in front of YMCA building. 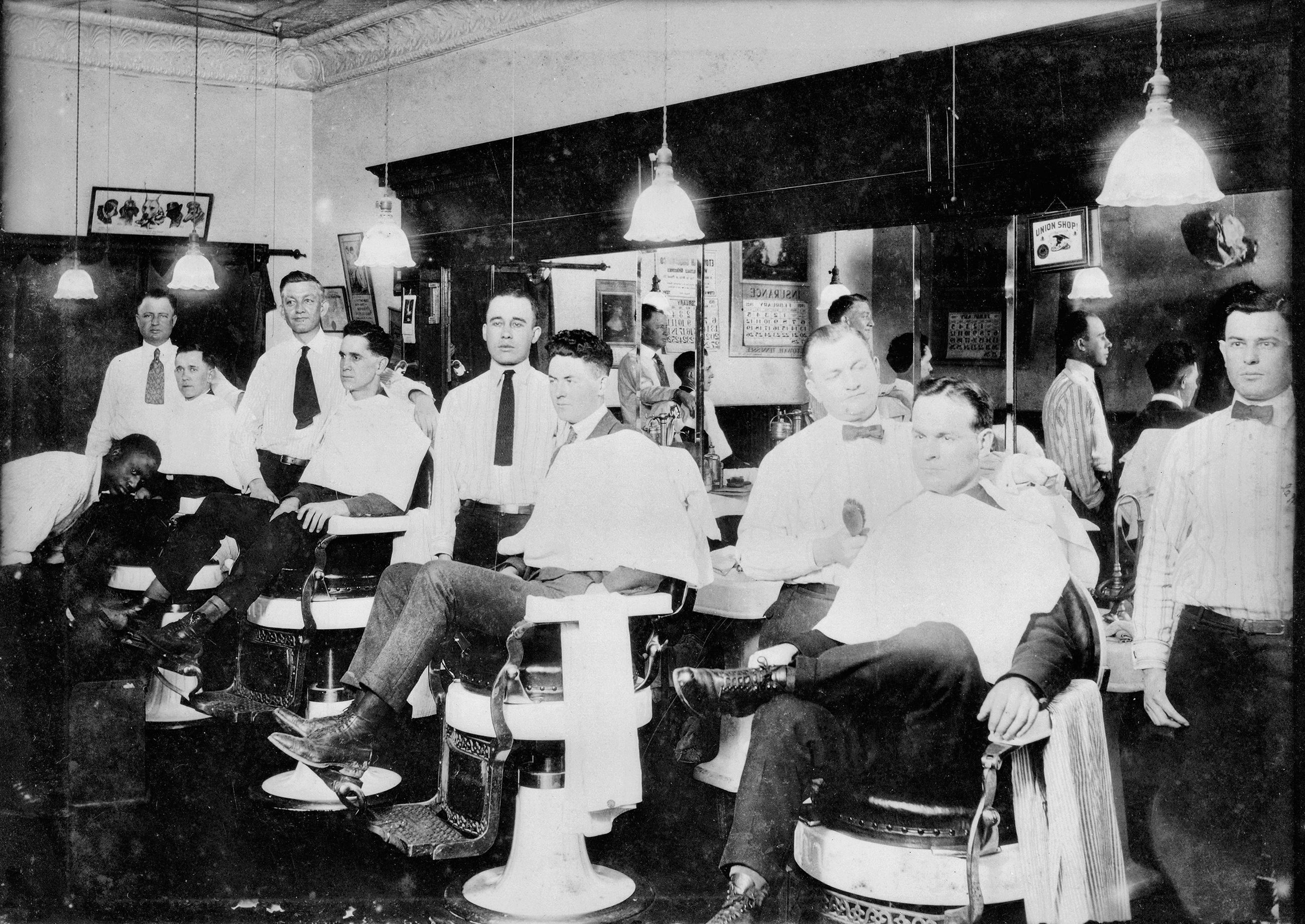 A man could get a haircut, shave, shoe shine, bath, a new stiff starched collar and all the local news and gossip.

This barber shop remained one of the most prominent gathering places in town for men in all walks of life. 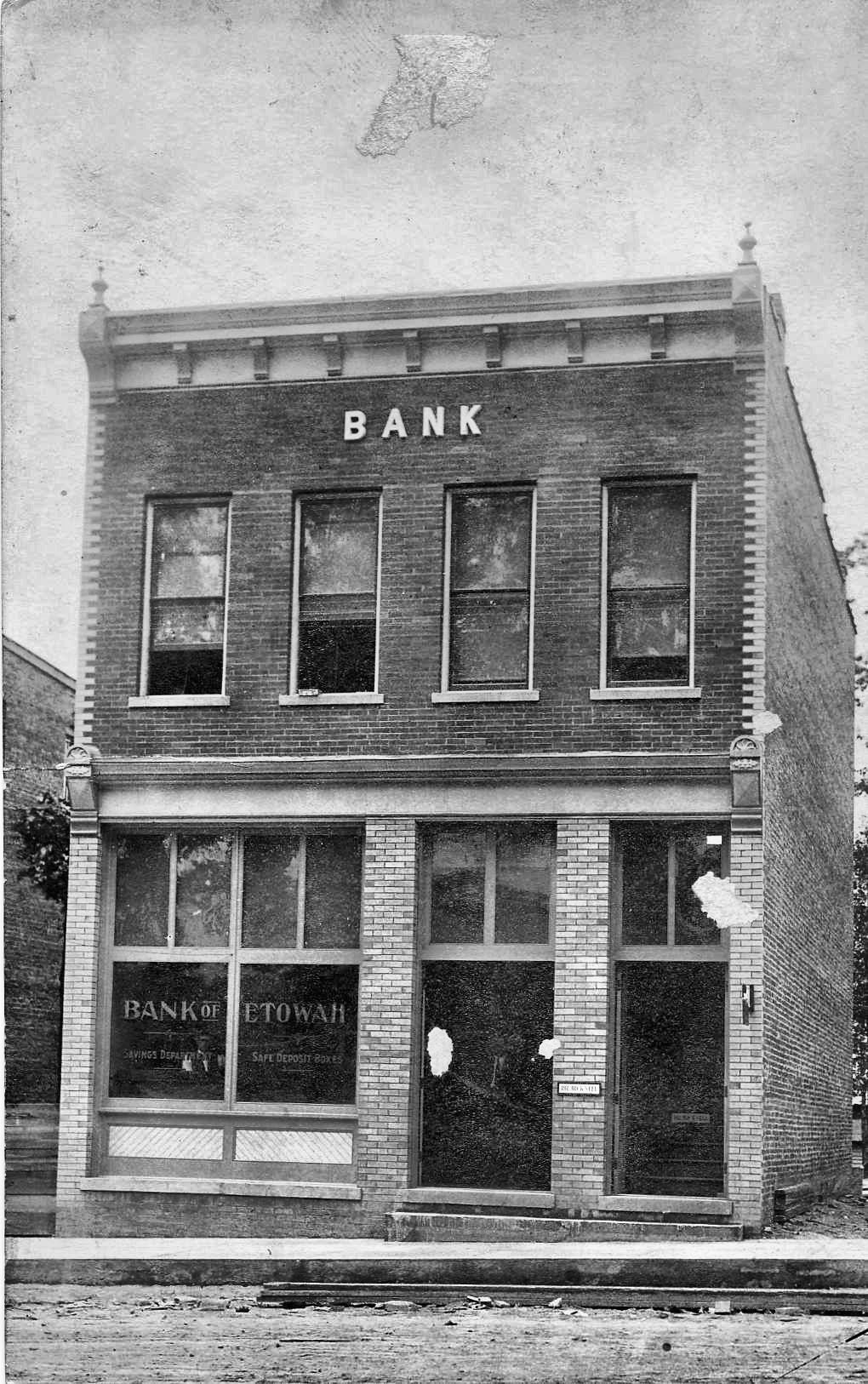 A black hearse used to be the vogue in Etowah. 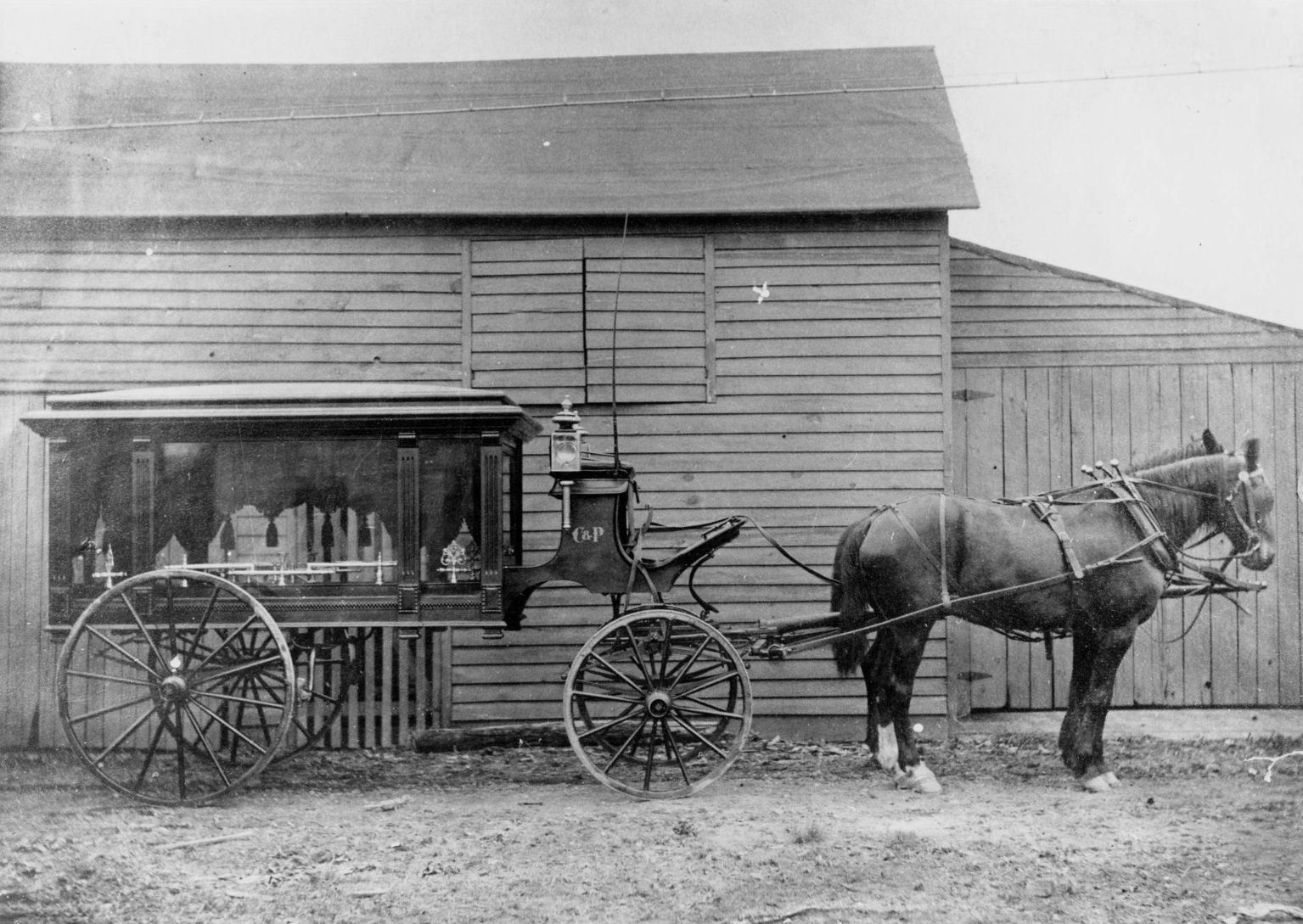 In the early 20th century, it was common for hardware and furniture stores to offer funeral services. Center and Powell Hardware added an undertaking department during that period. They discontinued the service in the early 1940's. 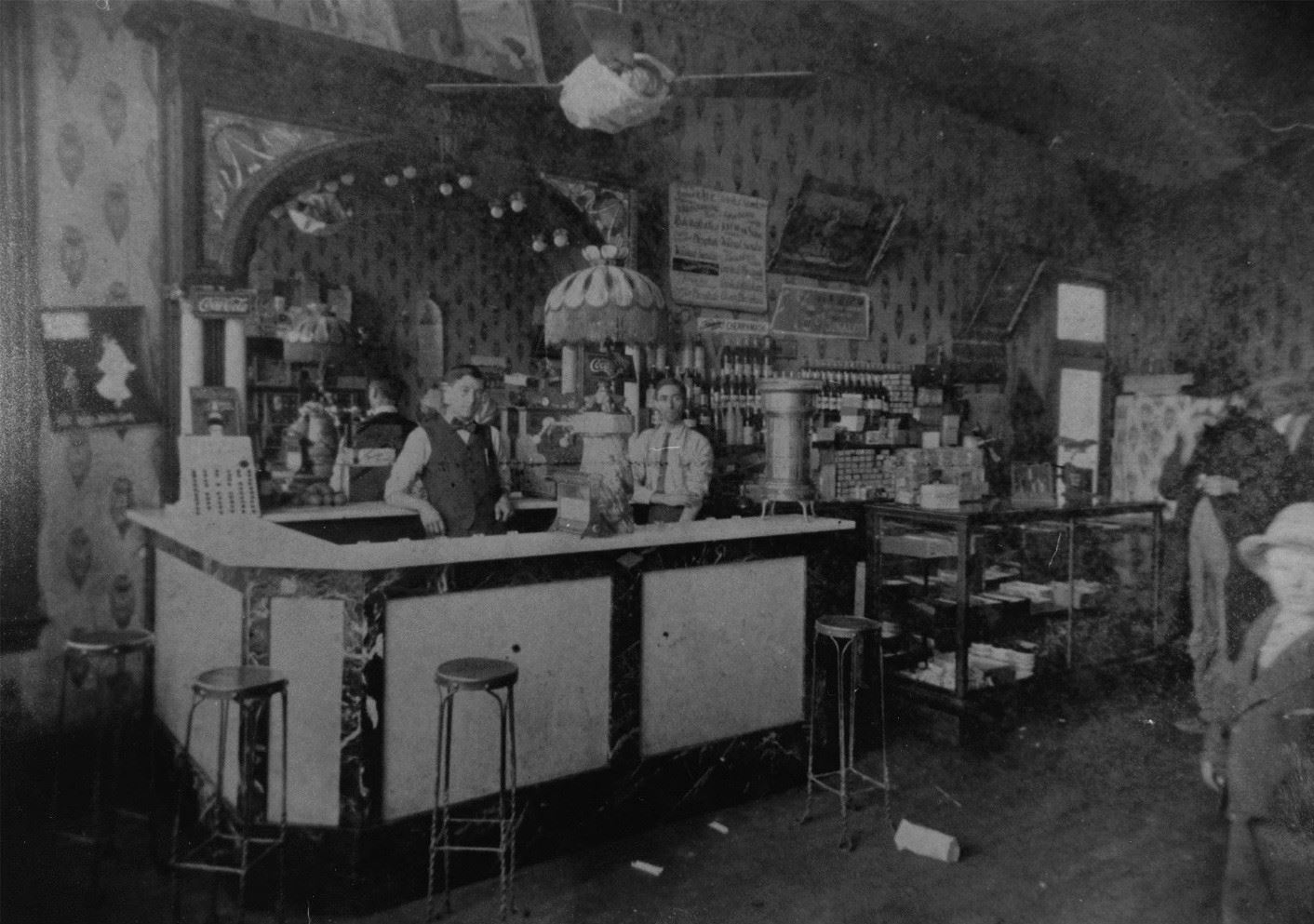 One of Etowah's first businesses was Kinser Drug Store. Owned by the Kinser brothers, P.A. and L.N. Kinser. The drug store opened in 1908. The Kinser's mixed medicines and also Coco-Cola.

The business was purchased by M. Tallent in 1931 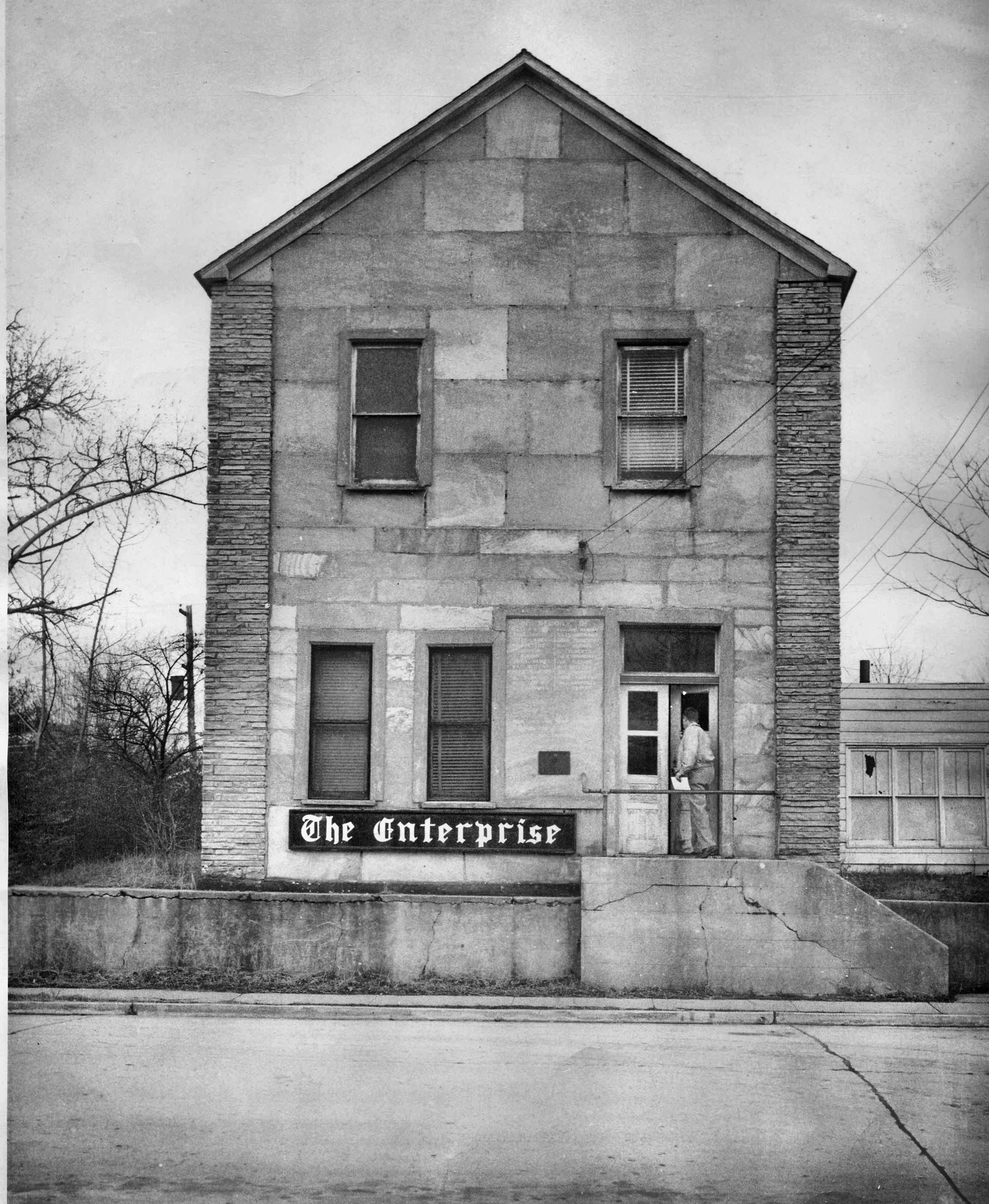 The Etowah Enterprise, established by Capt. T.F. Peck, published its first newspaper on January 5, 1907.  According to long-time Editor, Frank McKinney, it contained 4 pages with 12-point type. "so even an old person could read it."

The original building was wooden and sat on a hill.  When Ohio Avenue was leveled, a concrete front with steps was built to provide access to the front door.  In 1935, the building was veneered with crab orchard art stone.

In 1991, the Daily Post Athenian purchased the Enterprise and moved operations to Athens. 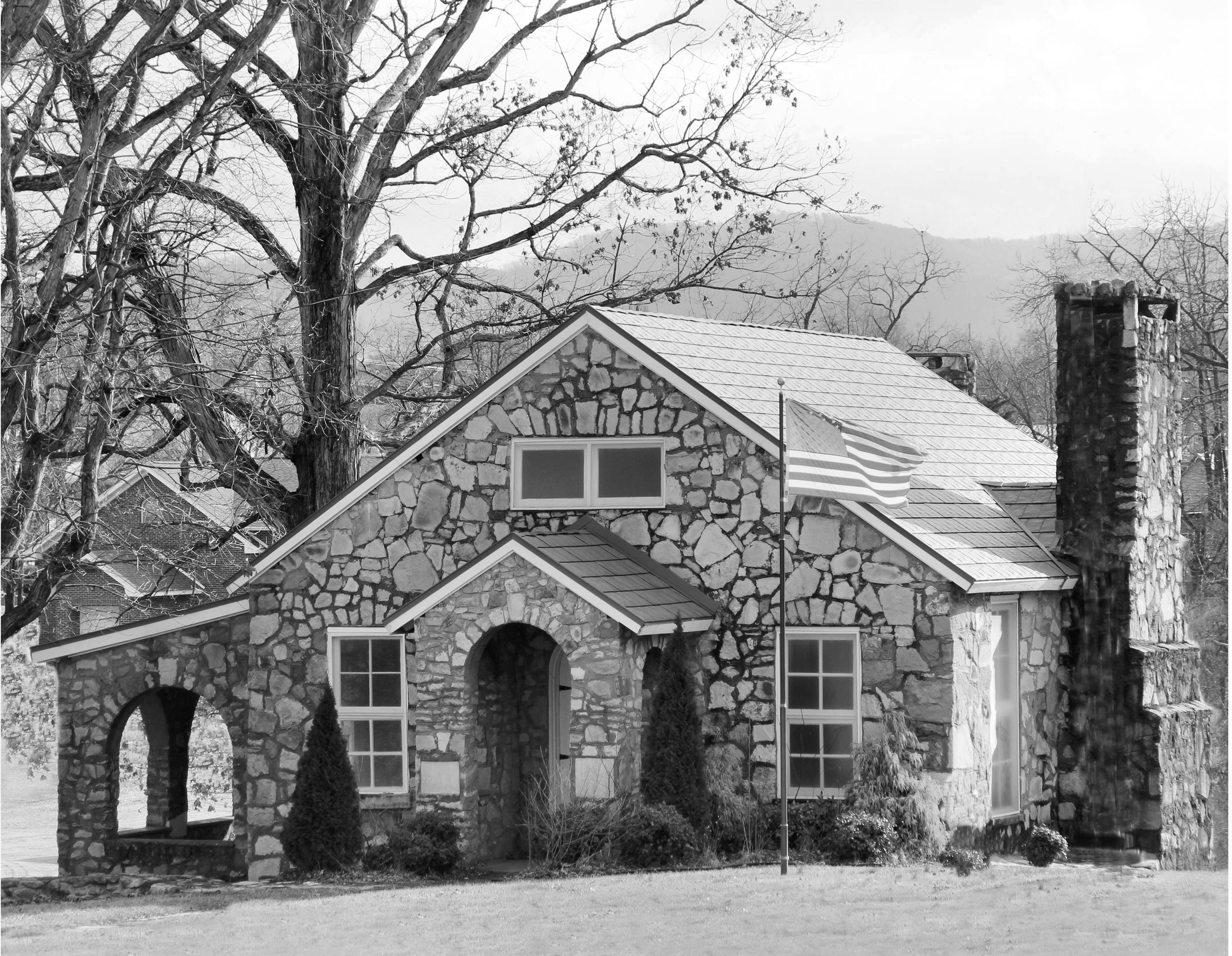 Built in 1938 by the National Youth Administration (NYA), the Etowah Scout Lodge was dedicated to the memory of Lloyd Campbell, an early Etowah scoutmaster who died in 1936.

Some of the lumber used to build the scout lodge was recovered from the L & N YMCA that was demolished earlier.  The NYA boys hauled rock from the mountains around the Hiwassee River for the building;s exterior.

The building is listed on the National Register of Historic Places. 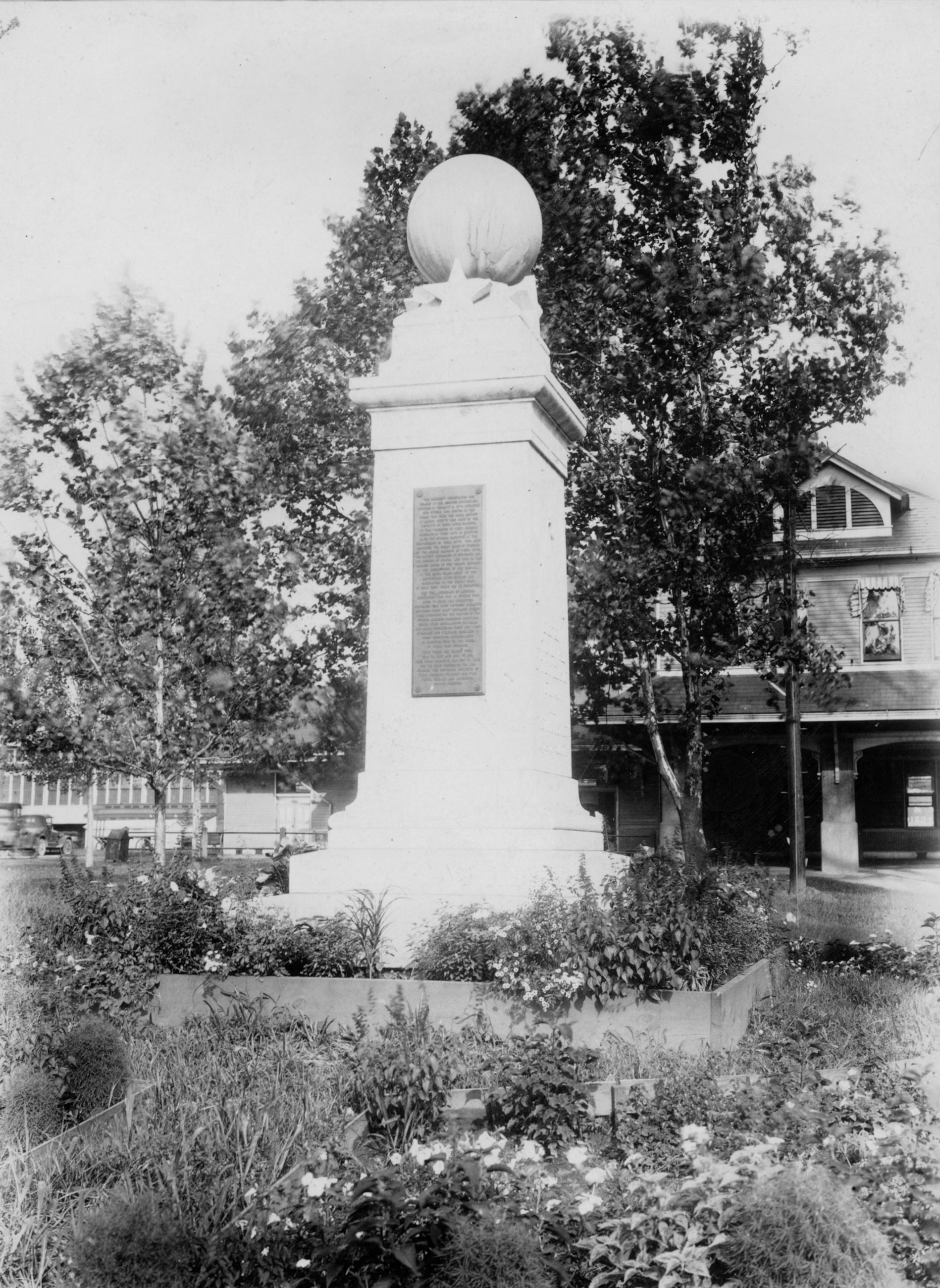 In 1922 a monument was placed on the L & N depot grounds to commemorate the men in Company L. 117th Infantry, 30th Division who lost their lives serving in WWI. Etowah citizens raised funds to have the monument built and transported to Etowah.

The inscription rads, "To Our Living Dead, That Company of Shining Souls Who Gave Their Youth That the World Might Grow Old in Peace." 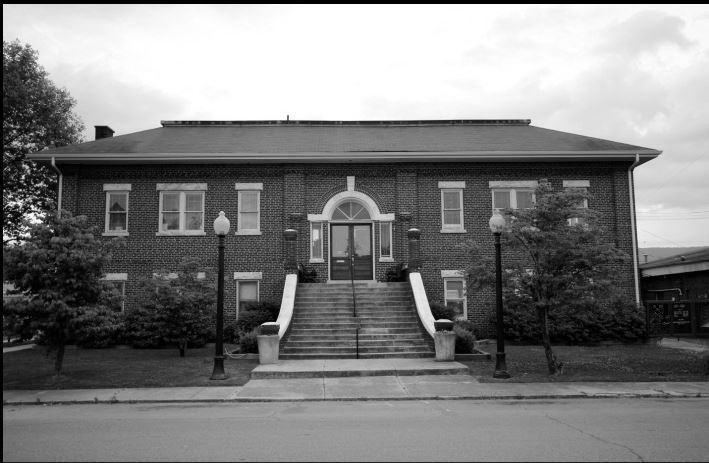 The Etowah Carnegie Library was built in 1915 with funding from the Carnegie Corporation and Etowah Taxpayers.

Overtime, the building served not only as the public Library, but also housed Etowah City offices until December of 2017 and it was the location of the Etowah's High School from 1916 to 1922. 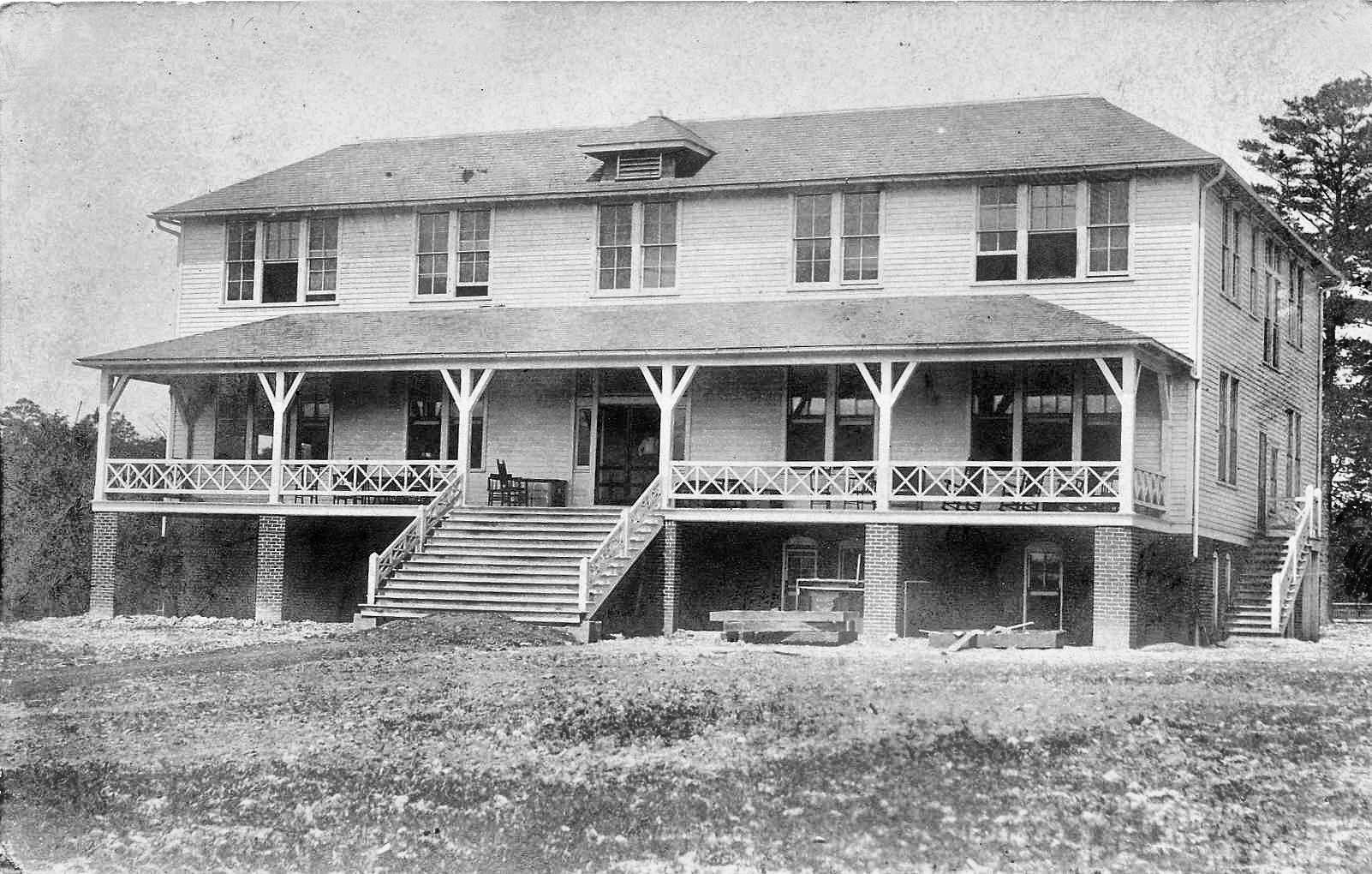 In 1910, L & N Master Carpenter Haywood York and his construction crew built the L & N YMCA.  The large building, with 66 sleeping rooms, was located on Tennessee Ave, between 11th and 12th Streets. 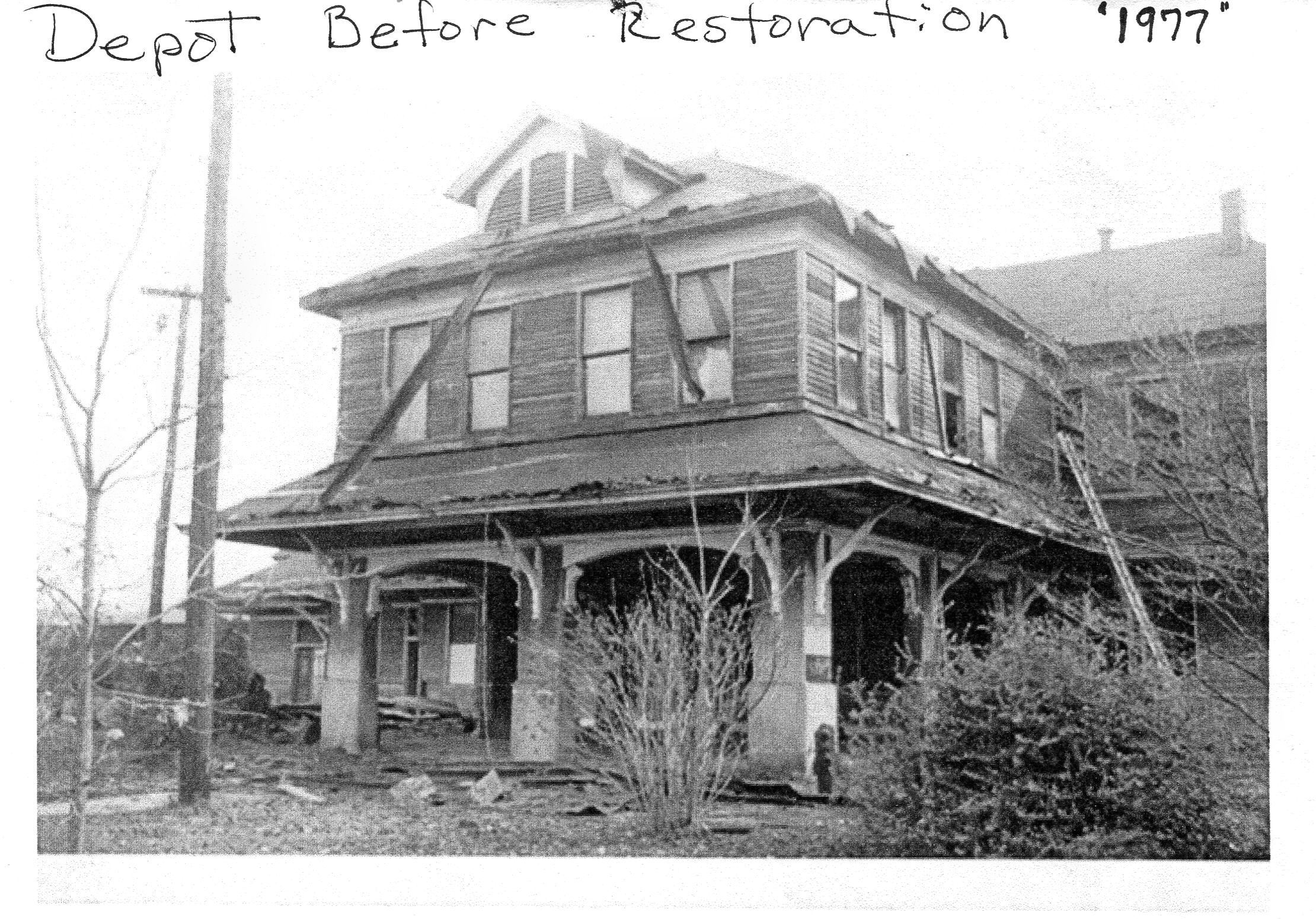 Built in 1906 by the L & N Master Carpenter Haywood York and his construction crew, the L & N abandoned the Depot in 1974. Concerned citizens mounted an effort to save what they believed was the symbol of Etowah's heritage.

In 1977, the L & N sold the passenger station and gounds to the City of Etowah for $35,000.00. Preservation grants from the Tennessee Historical Commission supported the project. Workers provided through the Comprehensive Training Act worked for three years to meticulously restore the building.

In 19811, in conjunction with Etowah's Diamond Jubilee, the Depot was opened to the public once again and became a gathering place.

The building is listed on the National Register of Historic places.